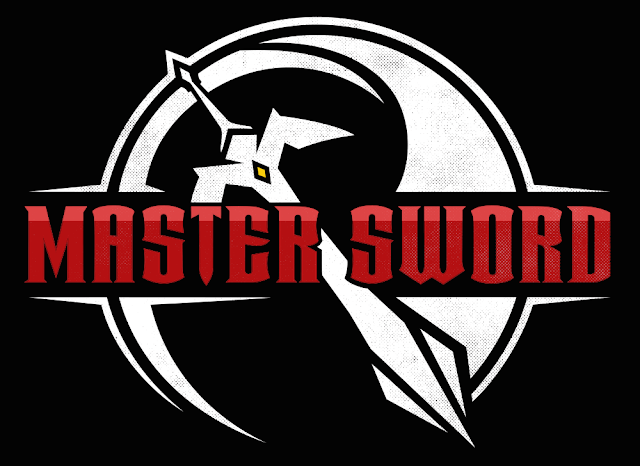 After really enjoying the new album from Master Sword. I take some time to chat with them about their music, gaming and mixing the two worlds. Also you can read my review of the album, Shadow And Steel here - (REVIEW).

Could you tell me a little about your band?

Matt: Master Sword was formed in 2013 to create inspired, original rock/metal themed around The Legend of Zelda video game series. We just hit the 5 year mark and are going stronger than ever with the release of our first full album 'Shadow and Steel'!

What do you think drew you to playing and writing music in the first place?

Matt: I think most serious musicians just hear a calling. I realised pretty young that it was the music in games like Ocarina of Time which really pulled me into these imaginary worlds. Combine that with a strong love for rock music and voila!

Shawn: I always enjoyed creative outlets, but mostly, it was a way to rebel against my parents, who at the time, had very negative attitudes towards music (especial heavy metal).  My cousin, who has always been more like an older brother, helped convince me (and some how, my parents) that buying a guitar was a good idea. Thankfully, my parents lightened up on their stance toward music and I dove head first into the world of METAL! After playing with bands for a few years and having numerous difficulties with keeping a productive bass player, I decided to switch instruments and took a quick liking to my new circumstances.

So what are your favourite songs on the new record?

Andy: I dig the proggier songs like Master Of the Seas, Hyrule Field, and Beneath the Skin.

Matt: Tower of Stone and Isle of the Sky Spirits.

Shawn: I really enjoy Isle of the Sky Spirits because of the anthemic feel of the chorus and all the high energy riffs that make you want to ride out onto the plains and fight some Moblins!

Do you ever feel like the songs come out differently when you play live as opposed to the studio?

Corey: We often layer the parts between instruments differently live, so there's a lot there to change the outcome. One common example is during sections I'm playing a lead and Matt is playing keyboards, so there's no rhythm guitar to fill in the empty space. This might mean Matt makes his keyboard patch sound more aggressive to fill more space, or I might open up how a lead is played to be more self sustaining.

What do you feel distinguishes Master Sword from other bands of the same genre?

Matt: I feel like we're a bit more willing to think outside of the box when doing our takes on Zelda music - which are a lot of the time original material with some game melodies in there for flavour. We also strictly focus on one game, which allows us to be a bit more thematic in how we do our art, stage show, etc...

Shawn: Master Sword finds the perfect balance between the love of music and the love of classic gaming.  People who may not typically enjoy progressive metal but love the games can take a nostalgic walk down memory lane when they hear the familiar music scores or references to their favourite story and characters. Conversely,  if your not a huge Zelda fan, but you love metal,  then you can just kick back and enjoy the tunes.  Fortunately for us,  there is a huge group of people who love both!  We’re like a PBJ; two awesome things combined to be even awesomer!

So what is your method for coming up with new songs?

Matt: Usually, I'll find a track (or tracks) from the series I want to draw inspiration from, then I pull some chord progressions and melodies and in my notation software rebuild the song from the ground up to fit whatever format I'm aiming for: whether it be aggressive metal, poppier rock, folky ballads. Whatever I'm feeling like fits the original song best. I'll throw in original sections where I feel like the song needs to be fleshed out more, then send it off to Lily for her to write some vocal melodies/lyrics to.

What other gaming series do you hold close to your hearts?

Corey: I've have a close connection to the Jedi Knight series since the 90s. I generally collect all vintage things Nintendo and Lucasarts.

Shawn: I've found I gravitate to darker fantasy games with great stories.  The “Legacy of Kain" and “Darksiders" games have such compelling stories and utilised many mechanics established by the “Legend of Zelda" series.

Which is the best Legend of Zelda game?

Andy: My favorite Zelda game is Ocarina of Time and close second is A link to the Past.  Breath of the Wild is up there, but I miss the incredible scoreing from the aforementioned games.

Shawn: I'm going to say “Link to the Past” because it established so many classic gaming standards.  So many games have adopted the “Special Item” to advance to the end of the dungeon or to unlock a previously unattainable object or location.  Or the “Big Boss” fight that uses puzzle elements to defeat them.  “Link to the Past" was simply and literally inspirational.

Following that, which is the most underrated in the series?

Matt: Same as above.

Shawn: Although I don't believe its “canon,” I've had a tonne of fun playing “Hyrule Warriors Definitive Edition" lately.  I'm not saying its it's even in the top 10 best Zelda games, but it is far more enjoyable than some of the reviews would give it credit

So did you enjoy E3 this year and what games are you looking forward to?

Andy: I didn't catch all of E3, but I'm definitly excited for The Last of Us 2 and Death Stranding and Cyberpunk 2077.

Corey: Where was Metroid Prime 4?? :( There wasn't a lot there for me this year, but Forza Horizon 4 looks awesome. I'm also looking forward to EA screwing up Anthem so I can pick up a neat little bargain bin Iron Man sim for the cost of a beer in a couple years.

Shawn: Our fans just want to have a great time and that's what we aim to deliver.  It's about tapping into that vein of joy when you finally beat the Big Boss after he's whipped the floor with you half a dozen times.  Its audible nostalgia wrapped in a triple shot of espresso and dragon blood.

Matt: Check out our Youtube page! We have plenty of live shows uploaded for our online fans. ;)

To end on, What is the hardest thing you have had to overcome and how did you overcome it?

Shawn: Just the act of balancing work, band and family can sometimes be daunting, but I'm fortunate enough to have a wife that encourages my creative outlets.  It's a lot of juggling, but you make time for what's important to you.

Matt: The hardest thing is striking a balance between Zelda music and original rock/metal. We want our songs to appeal to everyone, even non-Zelda fans, so whatever comes out at the end of the arranging/composing process needs to sound like a song you'd hear from a great rock band, not just a remix of a Zelda tune. Not to knock bands that do that, because I love straight covers too, but we're trying to achieve something different.