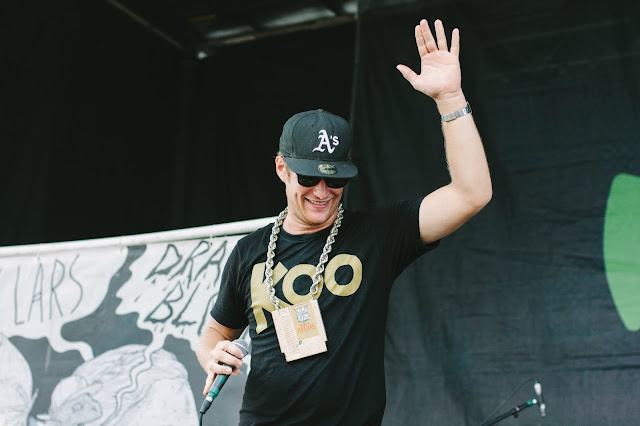 I’ve been a fan of MC Lars for a long time now and yes I do donate to his Patreon. I was really happy to have the opportunity to ask him some questions about his music, in particularly, his new album The Jeff Sessions. Also, talking about his writing, and Patreon.


How does this album differ from your previous work in your opinion?

My previous albums were either released via labels or through crowdfunded "albums". The Jeff Sessions is my first project to have been released over a protracted amount of time, meaning the songs had all been heard by the MC Lars Music Fanclub, so it's not entirely new to them. It's also the first album I haven't spent a ton of money on promoting. Each song is about a specific pop culture or nerd topic, this album doesn't really have any personal songs, as my other albums do. It's also more of an EP than an album. I'm very proud of it and will be selling physical copies this fall.


You have made references to classic literature in your music. Such as in your new song "Huck Finn's on The Run" and of course the Edgar Allan Poe EP. How do you approach writing those lyrics & how do you choose what specifics to capture in your writing?

I like to address characters and stories that I feel are timeless. Twain is an important writer because he addressed race and class and those topics are more relevant in 2017 than they have ever been. Authors like Poe and Shakespeare are fun to interpret because their rhyme and meter lends itself well to hip-hop. Also, it's important to me to find a chorus or hook that will draw people into the song band literary work. Doing lit-hop stuff is still my favorite type of song because the inspiration is literally endless.


What other stories and authors would you like to write about?

I want to do projects on Kerouac, Melville, David Foster Wallace and tons other. Mega Ran and I are dropping the Dewey Decibel System early next year - it's all raps about books so keep your eyes peeled for that! I want to do authors outside of the "Western canon" as well and also more women authors.


In your opinion, what is the most important thing when it comes to writing lyrics?

Flow is super important in rap, the words need to sound musical, which is why I love Poe... he believed that words just had some sort of transcendent ability to channel emotion and intellect. I also think a strong chorus is important. It's okay to write fast, but always give your songs a few days to breathe before you edit.


It's very evident that you can make a song from nearly nothing. Evidence being with "Gazorpazorpfield". How do write lyrics from a source that's so vague?

Thanks! I think Rick and Morty's universe is so huge that their fans will get the random shout-outs since there is so much material to address. Doing a super fan-targeted niche track like that helps having a guest who can really sell it. That song will never be a top 10 hit but that's kind of why it's dope, no one else is writing about Gazorpazorpfield.


You made a song called "Cautiously Optimistic for Ninja Turtles 2". What did you think of TMNT2: Out of the Shadows?
It was fantastic and I hope they make a third! Super fun to watch and awesome CGI.


How beneficial has the Patreon platform been for you? Would you recommend it for other artists in your position?

In all realness, if it weren't for Patreon I would have had a day job by now and the Jeff Sessions probably would have never dropped. Thanks for everyone who's supporting. It's incredible and I recommend any artist with an established base to use it! Have been talking to Johnny Brennan from the Jerky Boys to get involved, spreading the word like mad!


What song do you wish you had written and why?

"Freebird" so every time it was requested or performed by other bands I would get paid.


If you could go back in time and give your younger self advice what would it be?

I would have spent less time between the Graduate and This Gigantic Robot Kills and I would have made Lars Attacks! less of a drastic stylistic departure from my catalogue.

Thanks! "Mr. Raven" and "Download This Song" are still two of my favorite to play. I love "Robot Kills" too, especially when I have a real ska band backing me up.


What's the hardest thing you've had to overcome and how did you overcome it?