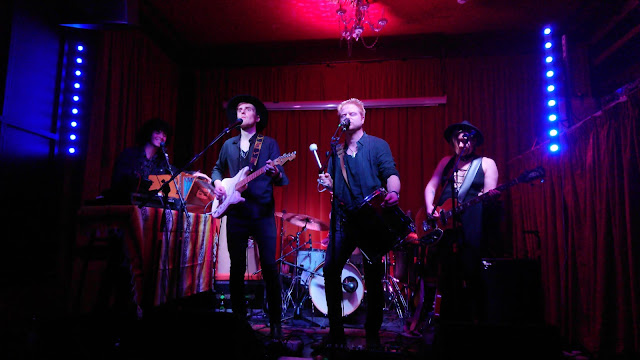 What an absolutely wonderful time. I wasn’t going to do a review of this show initially and really, I just went for the pleasure of it. However, I find myself wanting to talk about it a bit. I’ve been into Curse of Lono since I bought their debut album Severed last year and I’ve wanted to see them live ever since. Yet, circumstance got in the way last time. So when they announced new tour dates for the UK and that they were hitting up Manchester, I really wanted to go. So I bought my ticket and headed on down to the show. I was very eager to hear what they sounded like live. The supports for the show were the Scottish songstress, Kerri Watt and Manchester's own bluegrass cowgirl, Izzie Walsh. I always enjoy getting down early for the supports because you never know what hidden gems you’re going to find. To be honest, this is the reason I want to write about it, not enough people are talking about any of these artists. 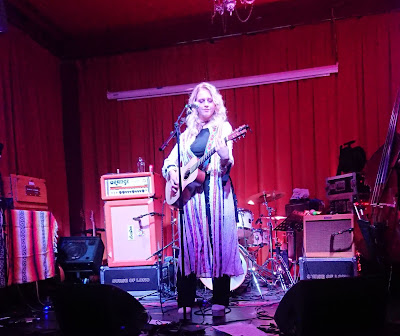 Kerri took to the stage and with such a simple set up, a woman with her guitar, there weren’t too many complexities to hold up proceedings. From the first few strums which formed into chords, she had my attention. The way she manipulated the fretboard was fantastic. Rather than just strumming the chords she added in little hammer-ons and pull-offs here and there, that made the songs sound so much more intricate. Her voice was lovely too, she had a real earthy quality to her voice that really went well with the solo acoustic style. With a very minimal set up she made up for it with pure presence and talent. She was very genuine when she spoke to the crowd. Having a bit of a laugh with the Manchester audience. I would say it was a great performance, she has a great personality and really showed it here. The songs were lovely to listen to and I am really looking forward to her debut album that she promised at this show. If you like your soulful folk music then give Kerri a listen. 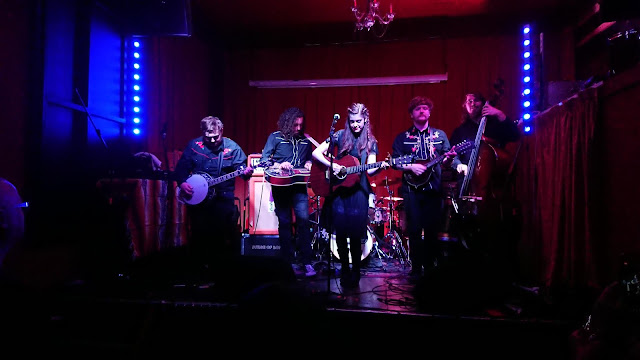 As soon as looked at the band that was getting up on the stage, I knew I was going to have a good time listening to this. A banjo, a slide guitar, a double bass and the drums even had brushes as well as sticks. Yup, a bit of bluegrass was definitely what the doctor ordered. In all seriousness this was the kind of music I grew up on, so it’s always nice to hear new artists in the genre. It was a great set too, full of pep and fun. Izzie has a enthusiastic and infectious personality and is clearly enjoying herself on the stage. She was very charming and the music was expertly performed. There was a lot of fluidity between songs and Izzie’s personality really draws you in and keeps you hooked throughout. The songs were mostly from her new EP, “Take Me Back” and they were a delight to listen to. I had never heard her music before but I was really taken in by her performance. Also thrown in there was a cover of Johnny Cash’s “Folsom Prison Blues”. Which was was very appreciated, believe me. Overall I really liked listening to Izzie and her band. It was really well performed the music was very pleasant to the ear. I can’t wait to see her again. 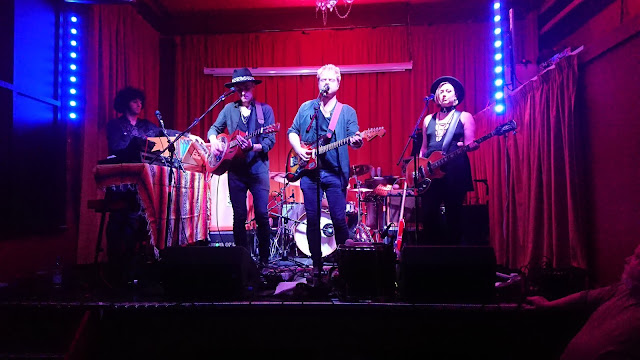 Finally, I have seen these guys live and yeah, they were simply incredible.The harmonies were wonderful, the riffs were great and the atmosphere was simply brilliant. A bit of trouble setting up the synth and keys at first but once is was sorted the set started proper. I genuinely loved the set list, full of material from their debut album with a couple of new tracks sprinkled in there. Songs like “Send for the Whisky” and “London Rain” really went down a treat and the crowd really got into the set. Also the new song “Valentine” was great to hear live. With the great mix of guitars, percussion and electronics, the set was never dull as with every tune there was something different in there. Vocalist, Felix Bechtolsheimer, was very sincere as he sang his heart out to every tune, Especially on the song “All I Got”. Also, there was some funny banter with the audience and as Curse of Lono builds their fan base these moments of the show will just get better. I loved pretty much every single second of the show. There was just so much depth and beauty to be appreciated in this set. Particularly in the song “Don’t Look Down” a great song which the band performed with a lot of heart as it clearly meant a lot to them. Ending the set on the ever popular “Pick Up The Pieces” which was the best way to send the crowd home happy.

This was an absolutely fabulous show. I originally went just to enjoy myself and not think about doing a review. After seeing this gig though, I really wanted to talk about it. All three acts were fantastic and should definitely be taken note of. The crowd was great and the music was brilliant. A good night overall and I recommend all of these artists, especially live.