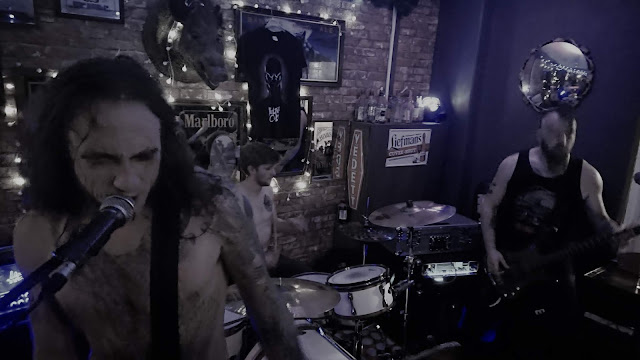 On a dark a dreary Friday night in St Helens, I decided to brave the weather and got myself to a local bar for some live music.  Tank is a great bar that houses great gigs throughout the year and this night was no exception. Witch Tripper are one of those bands that you can always rely on to put on a good show, no matter the where they are. The intimacy of the venue provides a great atmosphere when there's live music on. Although the crowd was a little thin to start the night it soon built up to a reasonable size for the venue. There's something about a small venue with loud, live music that makes for a great night's entertainment. Add in a crowd that is more than ready for it you have an enjoyable and rawkus gig, no matter the size of the venue. I was really excited for this show as the last time I got to see Witch Tripper was last year and I've had a hankering to see them again. 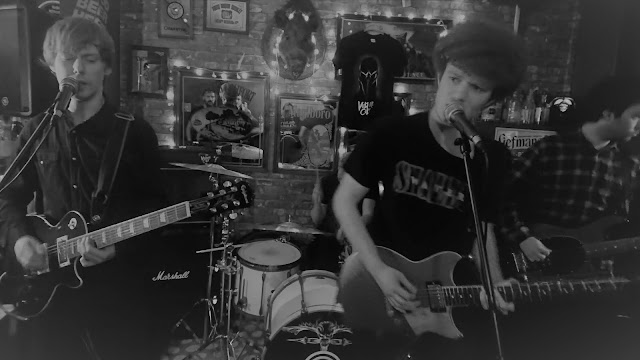 Opening proceedings was the Liverpool based hard rock band, Vulture Cult. To be fair I went in with my hopes set high as I'd heard nothing but good things about them. The set was grungy and heavy in all the right ways, with lots of well defined riffs and slick bass lines. They had an loose and fun energy that gave them an vibrant sound. I liked the consistent tone that they brought to the table as well and there was definite sound of the early nineties grunge scene which made them really compelling.  Their songs were fun and the crowd seemed to be into their alternative metal styling. They had real groove to them, and they rode that groove to the end of the set with sharp blues style riffs that lead into great melodies and excellent guitar harmonies. The bass and drums sounded great adding a booming depth to their sound. They played a new song called "Side By Side" which sound fun and fit in with the rest of the set. If this is a sign of things to come, sign me up for their new material now. They were solid opener and although the crowd wasn't fully there the atmosphere was.

Now was time for the awesome and charismatic, Witch Tripper. The stoner rockers stepped up to the plate and hit a home run. The combination of heavy blues riffs and a hard rock presentation went over a storm, as fans head banged away and the band rocked out the music got louder and the night got way more fun. Despite the size of the venue they went on to deliver one hell of a show. Mixing a great set list of old and new tunes, songs like "Attitude Adjustment" and "I, Of The Storm" went down well as front-man, Richie Barlow went completely nuts on the guitar. Laying on the riffs and solo's thick and fast. The whole band looked like they were having a real blast. The crowd was excellent as they fully delivered on the energy and hype for the band with the noise to match. Witch Tripper are just such an exciting band to watch live and being in such an intimate venue they had the chance to just let loose and on the same level as the fans and also had the opportunity to get right in the audiences face. Their excellent presence and dynamic musicianship has to be praised, keeping the set at a break-neck pace whilst still having some time to have some fun with the crowd. An excellent show all around and well worth braving the bad weather to come out for. 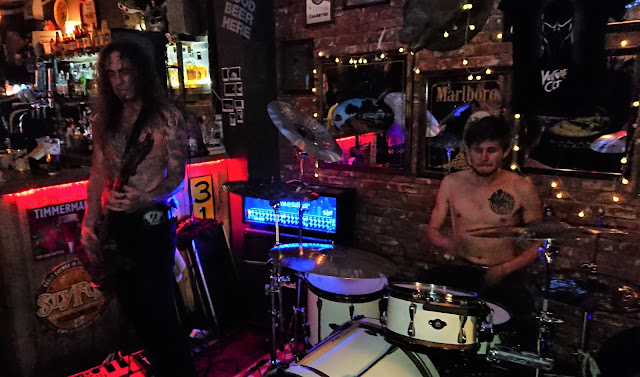