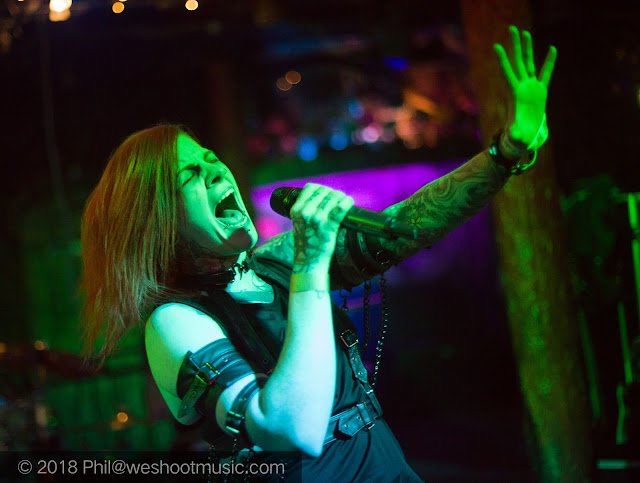 What a great night! To be honest, I can't think of a better way to spend a Friday night than coming to Manchester and watching a great night of music. Though not my favourite venue, Satans Hollow really does stand out for a gig. The stage being in the centre of the room creates an interesting dynamic between the bands and the crowd. Although sometimes, it feels that there's more room for the band than there is for the crowd. Still, it's a good venue and I'm glad it's here to host gigs like this. Each of the bands on this line up was ready and raring to go and I was ready for some good rock n roll on a Friday night. 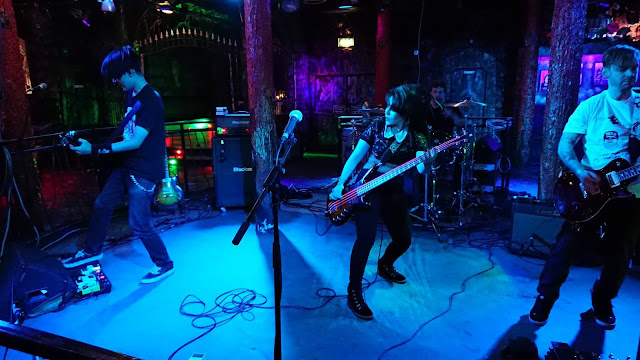 Well, that was interesting... The last time I saw Fear Me December, I gave them one of my harshest reviews. Tonight, they really shocked me. The difference of their performance today, compared to last year, was night and day! Focusing the setlist on their new material, they managed to put on a fairly enjoyable set that got the crowd warmed up. The vocals were good, yes there was still some vocal flubs and missed notes, but overall and much more solid performance. The screamed vocals were a nice addition too. They've also recruited a new guitarist and the sound is so much better with two guitars. There's way more atmosphere to the show and the songs pack that bit more of a punch. It's nice to watch a band improve, and I hope they continue to get better. There's still plenty of room for them to improve as well. They could be a little tighter and again, the vocals still need work. Yet, they have proven they can change and adapt for the better and I wish them all the best. I hope the next time I see them, they're an even stronger band. 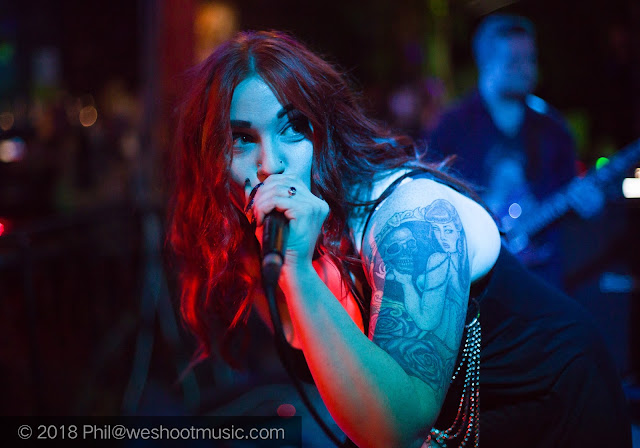 Now, this was special. Soul Desire came and conquered. Their set was a superbly impressive one. Right from the first note, they were on their game. The live production was superb and every member sounded so good. Only having one EP to their name, their setlist was obviously centred around that and it sounded even better live. They were tight and the sound was so crisp. Becky on vocals just excelled throughout the set and the crowd were hanging on her every word. They also managed to get some good banter in with the crowd. They were just so comfortable on the stage and you could tell that they were loving every moment. Considering that this was their first gig as Soul Desire, it was really impressive. The on-stage chemistry between them is excellent and their passion for music and performing comes through strong. The set was short but sweet, they got in and did their job. Ending on their cover of 'The End Of Heartache' by Killswitch Engage, the crowd gave them a massive ovation. This was super impressive and I highly recommend seeing them live at your earliest convenience. 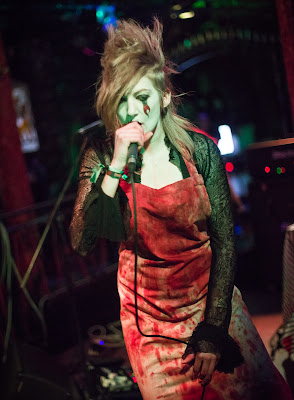 In the words of Monty Python, "And now for something completely different". Coming onto the stage like a Silent Hill fever dream, Ward XVI certainly put on a show. The band played their unique blend of shock and goth rock. It truly made for a great show. I love it when bands put in that little extra effort into their stage show. Giving the crowd something interesting to watch, as well as good music to listen to. They had a dummy laid upon a table, fake blood and weapons, it was a feast for the eyes as well as the ears. I have to say I was taken by the hand and lead through the twisted world of Ward XVI, in such a limited amount of time they kept me engaged and compelled to listen to more. The riffs were great, the solos were fantastic and the eerie atmosphere of the synth tones made their sound so much more three dimensional. Hard rocking and heart pounding set from them. They really got the crowd moving and screaming, it was gothic, creepy, cryptic fun. 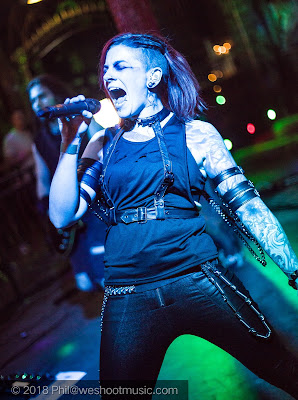 I will say that Chasing Dragons have really impressed me this year. Their new album Faction has been one of my favourite records of the year. Their pure and true heavy metal stylings have won me over in a big way, so I was really looking forward to this set. Holy cow... this was one hell of a set. They started like a bat out of hell and kept that intensity and energy throughout. The live production was so well mixed and the music sounded as good as it could have been. The great thing about Satan's Hollow is that bands have a pretty large stage for such a small venue. It gives bands like Chasing Dragons to chance to move and dominate the venue. Which they did! The setlist was well paced and kept the audience invested right until the end. I was having a really good time, shouting the words to every song and headbanging away and I couldn't care less if I looked like a dick. I wasn't really there as a reviewer, I was there as a fan. Vocalist, Tank was stomping around the stage and her voice sounded so damn good and worked so well with the hard rock sounds going on. The band's connection with the audience was amazing too. They're a really down-to-earth band and chatted with the crowd, rather than talked down to them. Like some headliners tend to do. 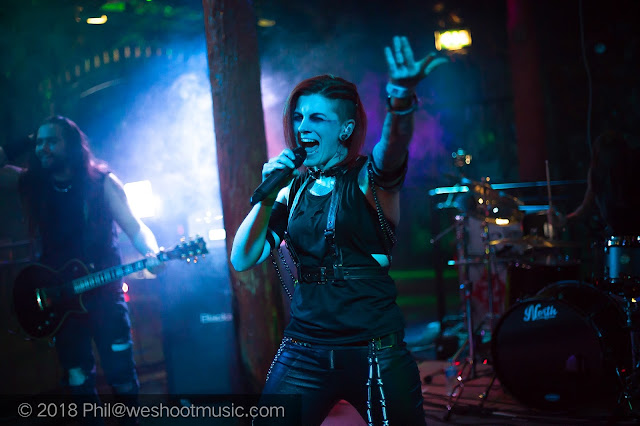 Without this spilling into a review of the album, Faction. The songs are so damn good. Filled with great riffs, punchy choruses and well-executed solos. When the choruses came in the music swelled and there was just this primal release from songs like "Devil In Her Eyes", "Bareknuckle Lover" and "Whitehorse". Like I said, this album has been one of my favourites this year and I was just having fun singing and headbanging along to these tunes. Chasing Dragons, made for an exciting, fun and intense live experience. They hold themselves with poise and confidence, whilst at the same time, they're loose and aren't opposed to having fun with their audience. They are a solid band and clearly love what they do. This was an exceptional set.

What a night of rock n roll. All four bands really showed me something new and interesting. The vast improvement and willingness to evolve from Fear Me December. The pure talent and artistry from Soul Desire. The crazy stage antics and fun music from Ward XVI. Finally, to the bold and conquering sound and dominant presence of Chasing Dragons. This was a solid gig and an enjoyable night of music. There was something here for every fan of hard rock, Satans Hollow got a real treat from each of these bands.