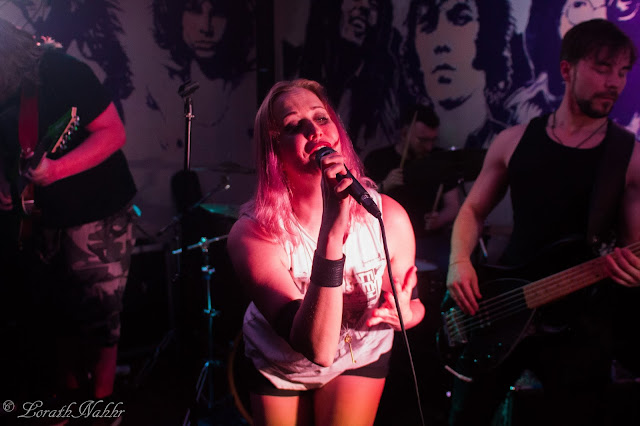 If there is one thing that I know to be true, there is absolutely no better way to spend a bank holiday weekend than going to another city and enjoying a day of music. You guys know me, I never can resist a good day of tunes being blasted. This is one of the things I can really praise this festival for, Quinphonic Festival is great for getting a wide variety of music into one day. I think this one was really great as well, as there was a real mix of genres on display. From rap-inspired metal to hard rock to symphonic metal to more electro-influenced rock music, it was so fun. The mix of styles and sounds made for a good day of live music. I was more than pumped to get things going. So let's talk about this great day. 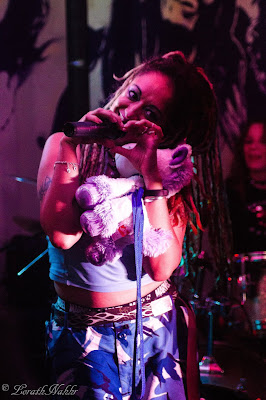 Opening up the proceedings were the pulse-pounding and heart-racing metal stylings of Pulverise. Right away they came on stage with a full head of steam and their own signature style of tunes. The rough guitar riffs and commanding presence were just the best way to start the day. Their sound is a great mix of mid 90's heavy metal and early 2000's nu-metal. Those sharp riffs and meaty basslines took hold of the audience. Speaking of the crowd, they were really great for this set, moshing along to every tune and giving the band their well-earned dues. Pulverise just live and breathe entertainment and this set was proof. So much enthusiasm and vigour put into one set and they just looked like they were having the time of their lives. Everything that could go right in a set went right here, the songs were well performed, the energy was excellent and there were unicorns just littered across the venue. Which, somehow, became a recurring theme throughout the day. I think they were a great start to the day! The lively tone and the charismatic performance more than sold them, that's why they continue to be one of my favourite live acts. 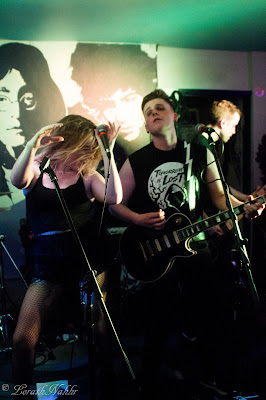 Next up, Tomorrow Is Lost. To be fair, I don't think anyone could have followed up the pure intensity of Pulverise. So in a way, it's a good thing that they were a completely different style of music. The Newcastle rockers brought the energy and the charisma and really showed the Birmingham crowd what they're all about. I have enjoyed their music for a little while now and it was really great to hear their songs live as well as a couple of new jams as well. The band were really entertaining to listen to. Every member playing their part really well. The bass was thumping and the guitars roared to life and frontwoman, Cass King strutted around the stage with some serious attitude. The sound was pretty good here too, the instruments were well balanced and the vocals were clear. Overall a very easy to enjoy set, one of those where you turn your brain off and just enjoy the ride that the band set up for you. The crowd was really great for them, the constant positive cheering and howling was great, it just made for an awesome atmosphere. 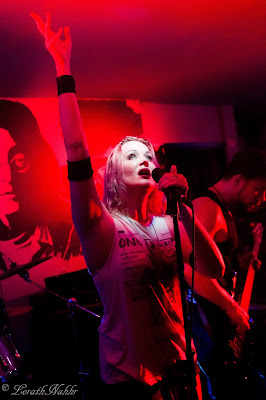 The evening was off to a great start and it wasn't about to slow down. Coming right up was the excellent, Bad Pollyanna. I have spoken about these guys fondly in the past. They are one of those bands that always put on a great live show no matter what. Always bringing that electro-rock style that gets a crowd really pumped. This time, however, they were armed with some new songs. Which was great as I have been waiting for new music from them for a long time. The new songs were well integrated into the set and felt like a natural progression of their usual style. It's really good to see them with this energy and spark in their eyes when playing the newer tunes. As much as I love Bad Pollyanna, they nearly blew my ears off. They were so loud and, whilst usually that's a good thing, here it felt like the PA system was about to blow and my eardrums right along with it. Not the worst thing in the world, but definitely needed to walk this off. Other than that, this was a really well put together set, a great mix of old and new with their usual flair and style on display. If I haven't said this enough, you need to listen to this band, a.s.a.p.! 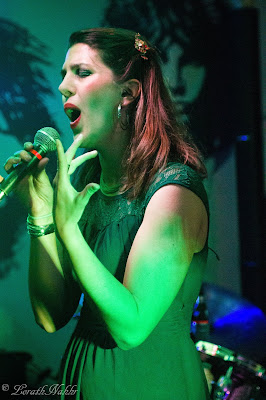 After three really really hype and lively bands. It was time to take things down a little. Which was fine. A variety of music is always good for a day like this. Most audiences can't go hard all day and we need more atmospheric bands. Which is what Eidon brought to the table. The electronic keys and synth added a different level to their music and as the heavy metal stylings powered through. Layered on top was the sweet vocal performance that really shined. A clear, sweet voice echoed through the venue and to the outside. Where I was taking a few minutes to rest my legs. Eidon delivered a bold beautiful performance that was enjoyable in its own way, even though I was not overly familiar with their work prior to this set I still heard the potential in their music and liked what I was hearing. The only problem I had with them is that, well, nothing here was exactly new to me. Symphonic Metal is an over-crowded market and features some of the greatest musicians working in metal, so to stand out you have to be amazing. Whilst this was a great set, I've heard this too much and they add very little new to the genre for me to prick up my ears. Still, I think their set was good and you should check them out if you're looking for new symphonic metal. 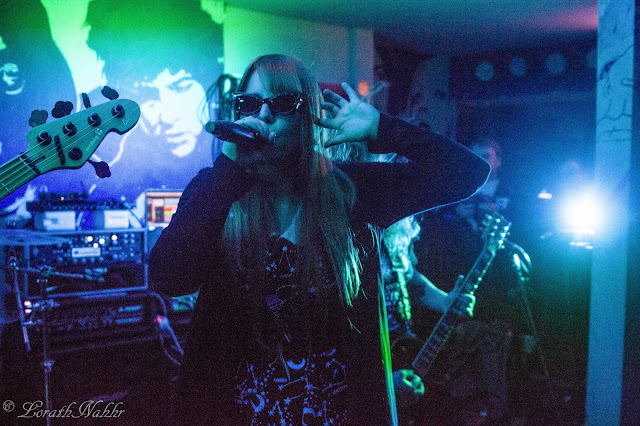 After a long evening of great music, it was time to bring things to a close with the night's headliners, Season of Ghosts. They were certainly interesting. Their mix of hard rock and high-energy techno was certainly fun to listen to and they put on a fierce show headbanging away and clearly enjoying their time on stage. There was a lot to enjoy here. I think they have a very easy-to-enjoy sound that most people can get into. The well-composed music and instantly memorable hooks grab your attention and their stage presence is undeniable. The live production was well balanced with the rock and techno elements working in tandem to great effect and the excellent vocal performance was really enjoyable to listen to. The crowd gave them a great amount of respect cheering and rocking away. I will admit I had only listened to a few songs from them prior to this set so I was experiencing their music here for the first time and I really liked what I heard from them. A damn fine closing set for the day.

There we go, another Quinphonic Festival in the books and a supremely entertaining one. I really love the Tower of Song as a venue. It was a nice little venue that packed a big punch in terms of the sound. The fans were excellent and created a great atmosphere for the day. However, most of all the bands really delivered, each one of them in their own unique way. A crazy day overall and I was really satisfied leaving the venue. All of these bands are worth checking out.

All Photos Provided by LorathNahhr Photography