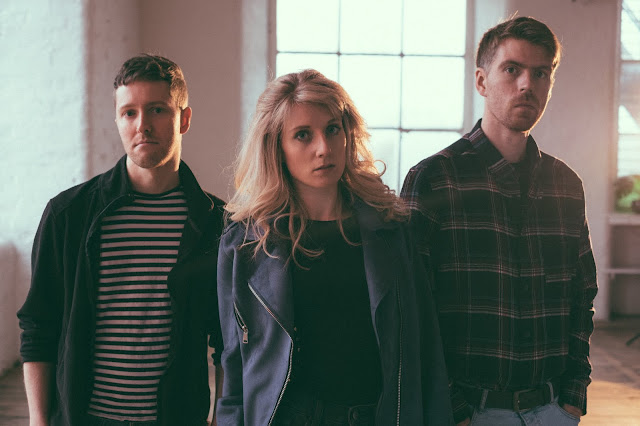 Rob: I can think of two defining moments when I ponder this question. The first is me being sat at home and hearing ‘The Middle’ by Jimmy Eat World for the first time. This was the first song that made me stop and wonder what it would be like to play the guitar.

The second is going to my first ever concert – Status Quo. Say what you like about them, nothing put me onto the idea of performing music quite like seeing Rick Parfitt for the first time as he dropped into a power stance and banged out the intro to Caroline.

Adele: I think mine started as a child when my parents would play a lot of Michael Jackson. Sure, I know it’s controversial to say now, but I was mesmerised by his music and the way he commanded a stage. I also began singing at the age of 6 and realised I was pretty good at it, so I began to daydream about one day being able to perform myself.

Paul: I always remember loving music, particularly the variety of the 80s and 90s CDs that my family played a lot when I was much younger. I found an even greater appreciation for music through learning to play the guitar and being inspired to have a go at writing music myself.

Rob: My single biggest influence is Jimmy Eat World. They were my ‘gateway band’ that introduced me to a wider world of music, and their work has been influencing my songwriting ever since.

In recent years, however, I’ve been taking a lot of inspiration from Tegan and Sara, particularly their ‘Heartthrob’ and ‘Love You To Death’ albums.

Adele: As mentioned earlier, Michael Jackson was a big inspiration for me. Growing up however I’ve been hugely influenced by Jimmy Eat World, Frank Turner, and Paramore. In more recent years I’ve been obsessed with Tegan & Sara, Haim, Misterwives and Christine & The Queens - more female-fronted bands that reflect our new musical direction.

Rob: Having fun! It sounds so simple, and honestly, it really is. I’m of the opinion that if you’re having fun on stage, that joyousness will have a similar effect on the audience too.

Adele: Make a connection with the audience; help them feel part of the show. Interact with them, be animated, and show that you’re really feeling the songs emotionally.

Paul: Live is when your performance matters most so don't hold back. Give it all the beans!


What is the one song you wish you had written?

Rob: Big Casino by Jimmy Eat World. Not only is it just a rocking number with a solid beat, great guitar lines and phenomenal melodies, but the lyrics also resonate with me on a personal level as if I’m the one the song is being sung to.

Adele: Probably Tilted by Christine & The Queens. It’s beautifully simple both lyrically and structurally; it has an awesome beat that makes you wanna body pop and it has a great message.

Paul: There are so many! So deciding here and now, I'll go with Like a Prayer by Madonna.

Rob: Keep going. Rome wasn’t built in a day and neither is anyone likely to become an overnight sensation. And to keep going you’ve got to work hard. Don’t let anyone get you down. Your music should serve you as much as the people you are performing to, and if anyone takes a disliking to it that shouldn’t put you off - it’s just not for them.

Adele: Planning and organisation go a long way! I think as a band we’ve always been pretty organised, and that’s served us well. Also, you have to work a little harder than you think sometimes. Instead of complaining that things aren’t happening faster or working out the way you wanted, think about what can be done to change it and what you can do differently.

Paul: I've learned that you can't impress everyone, so do the best you can and be content with that regardless of what others think.

Are there any bands/artists that you recommend that don’t get much attention?
Rob: FM-84! They’re my go-to recommendation at the moment for anyone looking for something new to listen to. The FM-84 sound definitely had an influence on our recent single for sure.

Adele: Christine & The Queens. I know she’s been blowing up in the last year or so, but she deserves even more! On the local scene, I’d like to see Satin Beige and Outfit No.2 get more recognition.

Paul: KT Tunstall. Everything beyond her debut album deserves so much more attention, plus her live shows are incredible!If there is one thing you would like to achieve in your career, what would it be?Rob: To make a living from my music... Yeah, it’s the boring generic answer, but let’s be honest, anyone who takes their music seriously enough to partake in interviews clearly wants this to be their full-time job!

Adele: If I could make some money - any kind of money - playing music, that’d be epic. Not a ton - just enough to be comfortable and spend my days making more music!

Paul: Personally, I'd love it if I watched RuPaul's Drag Race one day and a song I wrote or performed was used in the 'Lip Sync For Your Life' stage. Seriously!What’s the one thing you hate about touring and the music industry in general?Rob: When promoters don’t do any actual promoting and expect the bands to do it for them instead...

Adele: I think I hate how expensive touring is. It’d cost a lot for a little band like us to go out on the road. I also think there’s some serious classism in the bigger music industry that makes it hard for the majority to break through.

Paul: I hate the idea of having your musical direction controlled without any of your creative input. 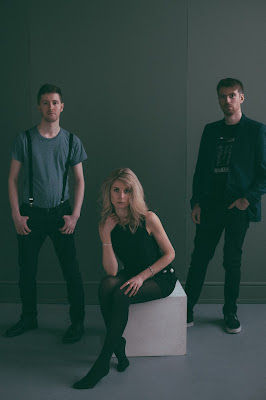 Rob: I am a huge fan of Japanese culture. (That’s the way of saying you’re a really big anime fan without scaring off all the girls.)

I love all things Japan-related - the culture, anime, games, even the language which I teach to myself in my rare moments of free time. I also think Japanese pop music is phenomenal and I love the CD collection that I’ve amassed over my holiday trips to Tokyo.

Adele: I’m a pretty big vegan advocate and love to promote the lifestyle, so a lot of my spare time is spent creating content for my vegan food & lifestyle blog, Everything’s Peachy.

Rob: Myself. Just existing in this world can be hard work, and then there are those of us who decide to become musicians on top of that. I believe those who take up musicianship are striving for the betterment of the self through music, whether they know it or not. I find the answers to these challenges simply by being a part of my band. There are still many hurdles to overcome, but by having the right people around me, I know we will all be able to accomplish anything we want to because ultimately that’s not just music - that’s life!

Adele: As a band, our biggest challenge so far has probably been overhauling our sound in 2018. Before that we were creating rock-pop, then we parted ways with our drummer and made the decision to take on a more electro sound. It was definitely a challenge, completely changing the way we write and create songs, but it’s more than paid off and we couldn’t be happier with where our music’s headed right now.

Personally, I’ve had to learn not to care so much when people don’t give your band the time of day. It can be disheartening but as long as you maintain the passion, that’s all that matters.

Paul: General and social anxiety. I still feel it from time to time, but I handle it much better than how I used to, and music always helps!