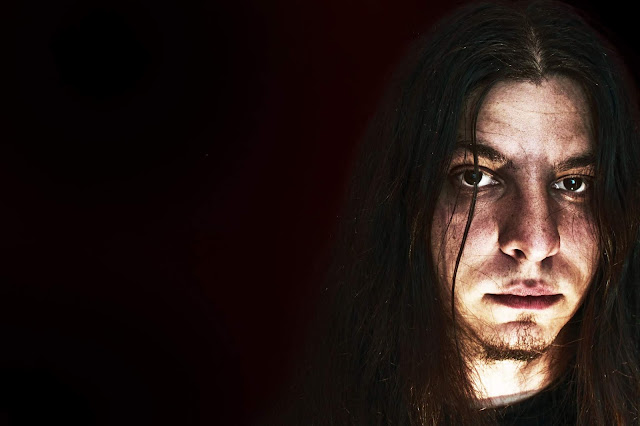 
I don’t know man. When I was a kid my parents tried to get me to take piano lessons and I really started to hate it after a while. Then I joined the school orchestra for no reason and I liked it, but when I moved back to Italy (I must have been around 11) I stopped giving a shit about music. But then when I moved to the Netherlands at 14 I fell in love with it. We went through a rough patch, music and I, but in the end, our struggles just made our relationship stronger. We still have our rough patches here and there, but we work through it like any strong couple would. We complete each other. Plus the sex is amazing!

Who are your biggest influences?


As bass players, Ryan Martinie, Sean Malone, Jeroen Paul Thesselig, Jaco Pastorius, amongst many many others. Musically, Devin Townsend, Steven Wilson, Red Hot Chili Peppers, Cynic, Leprous, and more. I’m very much influenced by what I’m listening to at the time so it tends to vary, but these are some of the names that have stayed with me throughout the years.


Oof, again it really depends. Most of the time I’m looking to unload on stage, hence why I tend to be known as quite a – err – lively performer. I’ll thrash about and dance or do whatever I want to do to without overthinking it for once in my life. Other times though, say If I’m playing with a function band or with a tribute band or something then it’s important that people are there to have a good time, so I’ll be trying to get into the moment a bit more and to not scowl throughout the whole thing. With Crejuvent it falls more towards the former category, but with the addition that the music is a bit more personal and intricate, so I feel more satisfaction musically.

What is the one song you had wished you had written?


Odd question, and honestly one I don’t know how to answer. I think most people who get joy out of writing music do it either for the money, in which case my answer would have to be whatever song has made the most in copyright royalties or for the process. I like an awful lot of music but never thought to myself “this is so good I wish I had written it” because it almost makes it sound like the music world is competitive. Like, how would I have benefitted from writing something I really like? Most people write the music that they write because that’s who they are – saying that I wish I had written a song that somebody else wrote is like me saying I wish I was them, and it’s rejecting the part of me that makes me who I am. You might as well have asked, “Who do you wish to be?”. And I’m all for existential dread and discussion, but that seems almost passive aggressive.


That you gotta learn to ask for the things you want. That you should make and play music for yourself and for nobody else. And that shaving my balls makes them really sweaty and stick to my legs.

Are there any bands/artists that you recommend that don’t much attention?

Hmm, depends on how you define attention. I’ve heard people say to me that some of the bands I’m in are doing REALLY well and I’m just sat here like “why are you telling ME this? That’s absolutely not true”. Turns out that people have a different meaning of having much attention.

That said, I played with this pop punk sorta band called Junior that I think are great, and I believe they’re releasing a new album at some point this year! If you’re into heavier shit then there are bands like This Is Turin, or Loathe, that I would recommend.

If there is one thing you would like to achieve in your career, what would it be?

Self-acceptance and a lifetime supply of cheese. Although really they’re the same thing.

What’s the one thing you hate about touring and the music industry in general?


I do so much touring and performing, and I find myself getting increasingly more and more anxious about dealing with people in social situations. All the bands will be backstage after a show chatting shit and networking and stuff and I’ll just be standing there wanting to get involved but just getting physically exhausted by the thought of talking to people. I have about a 5-10 minute window after a show where I’m approachable and sociable and I can talk to fans and other bands and feel good about everything, but any time up until I go on stage and after that window, I’ll try to find a quiet corner for myself to sit in. Unfortunately, networking (and particularly sucking up to one another) is such an important part of being in the industry (I suppose it is in any industry really) that it’s unavoidable, but it’s a terrible feeling.

What is the hardest thing you have had to overcome and how did you overcome it?


So far, I’d say learning to produce music to an acceptable level. I feel confident enough in it now that I’m not as daunted by the idea of having to work on tracks. That said, there’s a lot more that needs to be overcome, that’s just the one thing I found that took the longest out of all the things I feel comfortable in doing now.