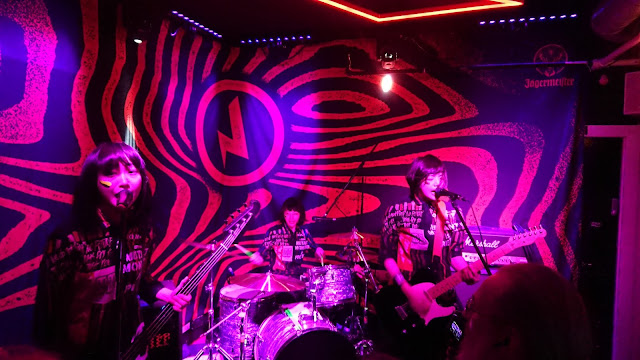 What an amazing experience. Sometimes it really pays off to just go to a gig. Having only a passing interest in their music, I decided to buy tickets to see the Japanese punk rock group on a whim. Let me say, I'm so glad that I did. Mutant Monster is one of those bands that I had heard about but never really taken the time to properly listen to, now having the chance to catch them live, they have definitely won me over. Like I have said before, I can't think of a better way to spend a Friday night, then getting myself to a gig and letting loose and on this night Jimmy's in Manchester certainly allowed the punk rock shenanigans to commence. With a great line up of wild, unruly punk rock this was one sweaty and intense evening of fun. 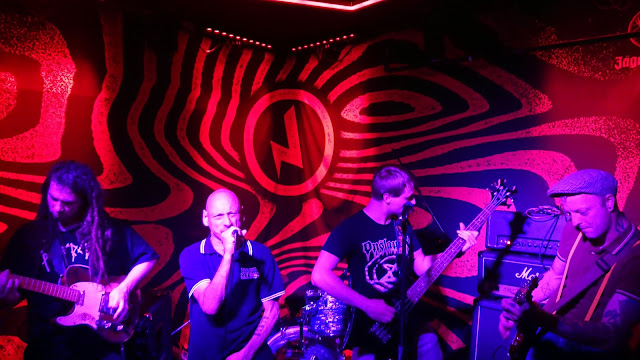 Opening the show was the St Helens based punk rock act, The Innocent Bystanders. This was certainly a way to start the show, their ode to classic punk rock stylings certainly warmed up the crowd. Their set was fast and furious with very little breathing room. With no live drummer, the band had their drums mixed into the live set, which is OK but definitely left something to be desired of the overall sound. They hit hard and got through their set, leaving the Manchester crowd rearing to get the night going, which is what a good opener should do. The guitar sound was raw and the bass tone was thick and the whole thing was loud and crass. If you like your real old school punk these guys are right up your alley. Adding in a GBH cover into the set was cool, though I feel most of the crowd didn't know GBH's music. However, it was still entertaining. Certainly, a decent performance from the northern crew of punk rockers and they looked like they were having a good time with the show as well. 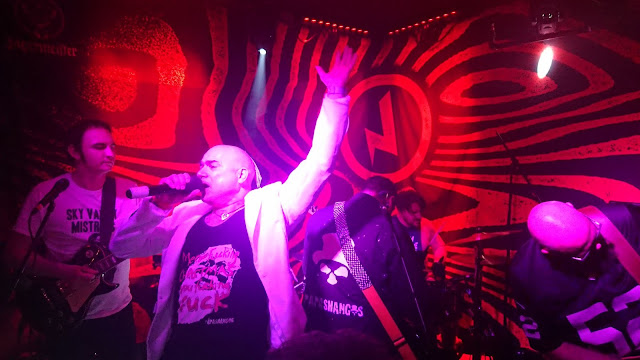 After a short break to allow the crowd to catch their collective breaths, it was time for the madness that was The Papashangos. This punk rock act really brought the fire and got the crowd going in a big. Including this reviewer. Oh yes, I had a laugh riot watching these guys tear up the stage. The vocalist barely spent any time on the stage as he ran through the crowd and partied with the fans like the punk rocker he is. I honestly enjoyed every second of this set, the energy, the intensity and the passion that was thrown into this set was excellent. I loved the flow of the set too, each song just melted into the next and kept that energy going all the way throughout. They did their utmost to keep the audience engaged, not just having their singer run out into the crowd, but bringing out ponchos for the aptly named "Poncho Song", balloons flying everywhere and drinks spilling all over the place. This was a wild set and got the crowd's blood pumping. Kudos to them they owned the stage and brought the fun in a big way. 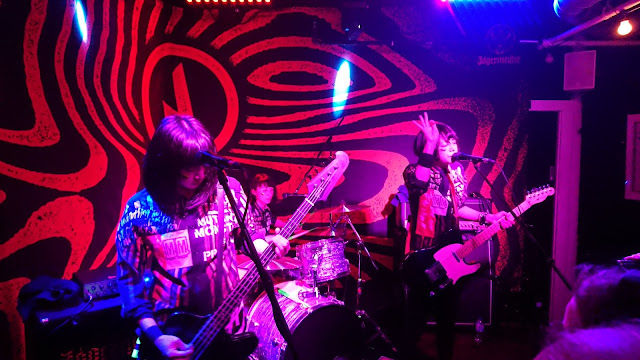 Finally, the moment was here. The crowd roared to life as the punk rock trio hit the stage. Mutant Monster was just bucket loads of fun. The set was a non-stop thrill ride of punk rock that didn't let up until the end and this was awesome. It's been a while since I've watched a band just play non-stop throughout a whole set. I mean these girls had pure stamina in them, in just over an hour they played over 20 songs, all of which were fast-paced, intense punk rock tunes. Right from the start, the crowd was so loud screaming and chanting for the band after every track. The girls were smiling throughout the whole show and you could clearly tell they were having a good time with this set all the way through. Their set was loud and unruly with a great sense of rhythm. The duelling vocals between Be and Meana sounded great and they had great chemistry between them. All the while drummer, Chad hammered away and added some nice backing vocals which are always nice to here. All of the songs were excellent and all three of them had such a great presence. The way they interacted with the crowd was great, constantly bringing them in on the chorus lines, jumping along and giving the audience plentiful amounts of crowd interaction. It felt like an all-out barrage of entertainment and I loved every single second of it! 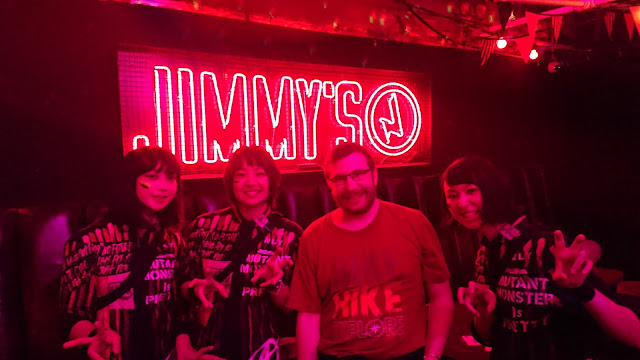