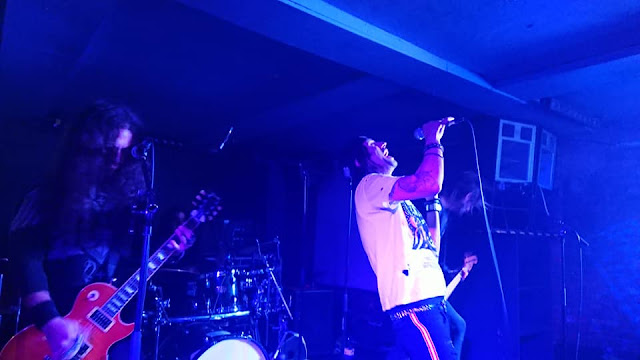 Oh, how I have waited for this. I've been listening to Tantric since I was a little kid, so having the opportunity to actually see them live was such a treat. In all honesty, after 15 years of following this band, I had thought to myself that I would have to fly to the US to see them live. So, when I saw these tour dates posted online, I immediately bought tickets, like this was the quickest I had ever bought tickets to a gig. As this is Tantric's first-ever tour in the UK and Europe, I wasn't quite sure what to expect. I mean, whenever I have brought up this band in the past I have had to explain who they are and the music they play. So, on a cold December night, I headed out into Manchester to The Factory. I wanted to get there early for the support acts, Scarcasms and Attic Theory. Unfortunately, there weren't many people there for the night. More people did show up but the venue was near to empty. All I can say is, if you haven't seen Tantric live, you're the one missing out. Yeah, I'm a little bias but it's the truth, this was such a great show and Tantric put there all into it. 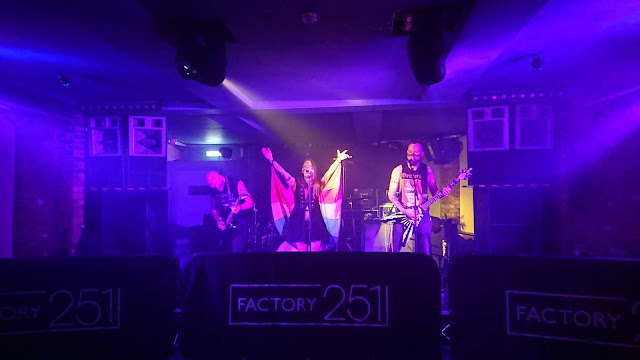 Opening the show was a heavy metal act called Scarcasms. Knowing the kind of music Tantric play this was an interesting choice for an opener, but hey, I liked it. They were pretty solid, even considering that they were minus a drummer and bass player. Their set was filled with politically charged, brutal heavy metal and I was enjoying every moment. They had a lot of personality, charisma and energy. They just sold every bit of their performance. The guitars roared as did the vocalist, you could feel the rumbling in the air. Though there weren't many people there, you could tell that the band were very appreciative of the people that did turn up early. They were gracious in their moments talking to the crowd and you could tell that their songs mean a lot to them. Towards the end of the set, they performed a cover of "Breathe" by The Prodigy which was a nice little thing to throw into the set and the band themselves seemed really hyped to play it. This a decent opening set, and hopefully, they will garner more of a fanbase as they are fun to watch. 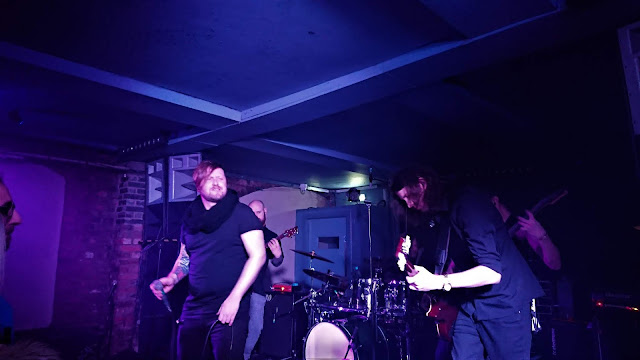 Next on the stage, was the groove rock sensation from Liverpool, Attic Theory and boy, this was one hell of a set. The riffs were bouncy, the hooks were catchy and their stage presence was insanely entertaining. It was with Attic Theory that more people arrived at the gig and the room started to feel less empty. Their music was energetic, pump up rock and roll and they were honestly a blast to listen to live. The rhythm was tight as anything and they just kept on riding the tight grooves all the way through the set. They definitely brought in more people and with more people came more of an atmosphere. The audience was really great too, cheering for all points of the set and they made the room feel so much more full than it actually was. The lead vocalist was certainly a character and knew how to get the most out of the Manchester audience. The songs were excellent and well performed and I have to say I had a good time. I'm glad I got down to the show early to check these guys out. 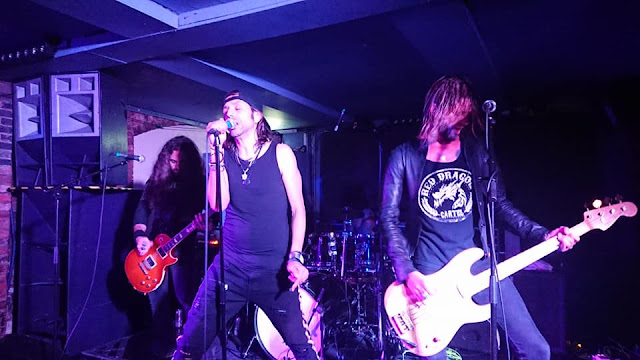 Finally, it was time. Time to see what Tantric could do live. The came on to the stage the opening violin part to "Down and Out" playing over the PA as the band launched into the song. The sound guitar and bass ripped through the venue as the drums crashed. Such a tremendous, hard-hitting way to open the show. Their set was a nice even mix of their records, the only album that went unrepresented was 37 Channels, which was fine. I think most of the Tantric fans in attendance were waiting to hear some of the older material anyway. I'll tell you this, Tantric was loving every minute on stage. You can tell that they were just happy to be in a new country and playing these shows. There was a great dynamic between the four of them, with every member standing out in their own way. The band played a fair collection of their hits, peppered in with some of their newer songs and lesser-known tunes. Obviously, the big hits of the night were "Breakdown", "Astounded" and "Mourning" and the audience definitely enjoyed those tunes. Also, to keep the set moving at a decent pace, they played some great high energy tunes like, "Mind Control", "Lie Awake" and "After We Go".  Trust me, I was singing away the whole time.

The show was brought to a close with the classic hit, "Mourning" and like that the show was over. This was such an amazing night of music. Actually seeing Tantric play live was an incredible experience and one I will not soon forget. Yes, I fully realise that there was no in-depth analysis or commentary. I'm just a fanboy expressing my love for my favourite band and I'm fully okay with that.